The function of the MDM as a data hub for municipal traffic management was presented in the current pilot project “SCHOOL”.

The consortium of the mFund-supported research project “SCHOOL” gatehered at the end of April to test the successful implementation in the Frankfurt pilot area. For the first time in German-speaking countries, environmentally sensitive traffic management strategies can be transformed into concrete routing suggestions for citizens.

What does this mean

The applications are currently undergoing extensive testing and are to be introduced to other regions. 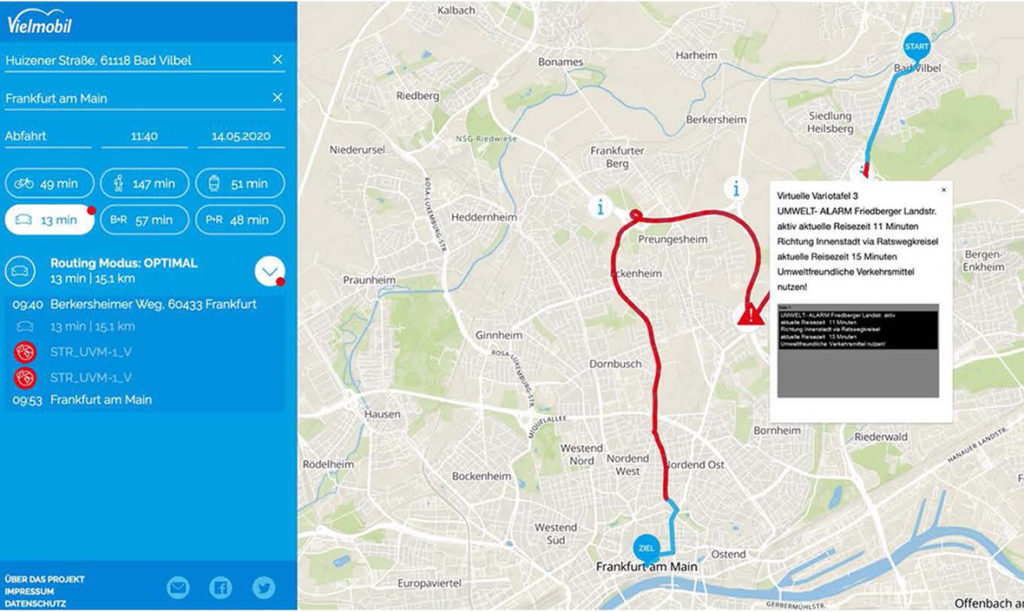 Find out more about the mFUND project SCHOOL here >